I’m ﻿﻿﻿Norman﻿﻿﻿ Bell, ﻿owner﻿, founder, inspirational speaker, ﻿workshop ﻿leader and host of the Hell Yes Life podcast. When I was in high school, I ran for a senior class officer position with the campaign slogan, "Hell Yes! Vote for Norm!"”

Later that day, I found out I had won the election by a landslide. The following year was a Hell Yes Year. Over 25 years later, after many big ups and big downs, I was happily married to my wonderful wife Zoe and had an amazing daughter, Sophia.  But I was doing work that drained me more than it fed me. Each day felt like the last.

I had little glimmers of dreams of me onstage speaking, but I had no idea how to get there. But every once in awhile, two words would ring in my ear: "Hell Yes....Hell Yes....HELL YES!!!" I knew I had to do something. Something to put me back in touch with that Hell Yes side of myself. In January of 2017, I launched the Hell Yes Life podcast, and since then, I've interviewed entrepreneurs like John Lee Dumas of EOFire, adventurers like Mount Everest climber Cathy O'Dowd, and inspiring speakers like Miracle on the Hudson survivor Dave Sanderson.

Every guest I meet inspires me and my listeners with inspiring stories and actionable tips that I can apply as I move toward living my Hell Yes Life more and more each ﻿day﻿. 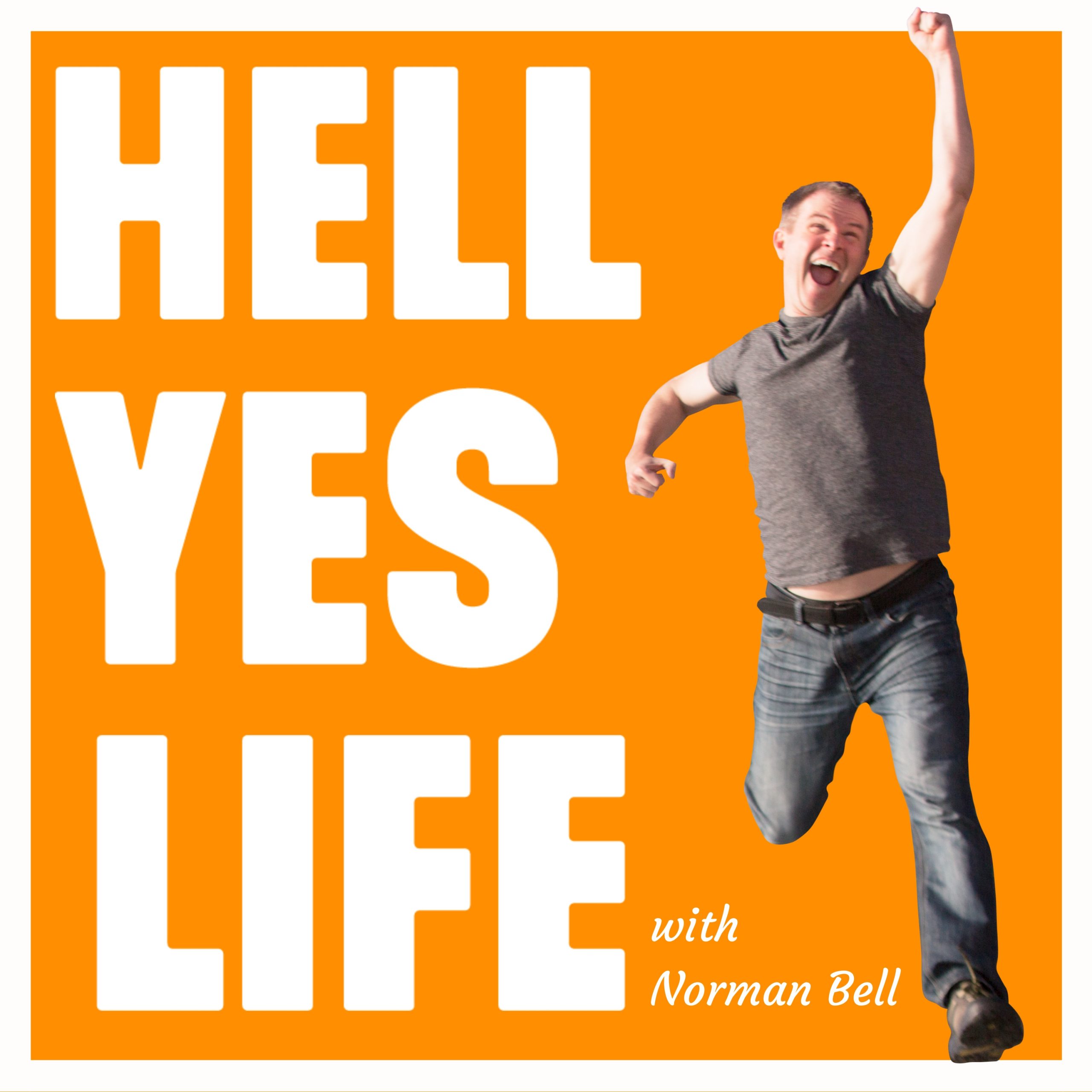 This is our guiding quote, from civil rights ﻿﻿activist ﻿﻿Howard Thurman.

That's what we're here to do at Hell Yes Life:

And that’s my mission in life:﻿

To help you come alive. ﻿

From LLL to HYL

Many of us (myself included) haven’t been living HYLs. No, we’ve been living LLLs: Low Level Lives. ﻿﻿That’s ﻿﻿not a ﻿judgment﻿, it’s just a fact.

Sometimes we live at higher energy frequencies where we feel alive, spontaneous, curious, present and inspired.

And at other times, we live at lower energy frequencies, where we feel disconnected, grumpy, angry, flat, dull and listless. You probably know what I’m talking about because you’ve likely felt both ways at one time or another.

Put simply, we want less of this: And more of  this:

The Road to Hell Yes

Here a few of the ways Hell Yes Life seeks to serve and inspire you: Through participating in one of our coaching programs or Mastermind groups, you'll uncover your Hell Yes, get clear and your goals and visions, break through blocks, and take massive action toward your dreams.

With thousands of listeners in 70+ countries, the Hell Yes Life podcast brings you inspiring stories and life lessons from our amazing guests – authors, speakers, mission-driven entrepreneurs, and more.

Listen to the HYL Podcast

Hell Yes Life helps you find your purpose, tell your story, and connect with like-minded Hell Yes Lifers through hosting seminars, webinars and workshops and around topics like visioning, storytelling and more.

Visit the speaking and seminars page

Sign up for updates, special offers and a free "5 Steps to a HYL" mini-course